In ayurveda it is called VATAJ SHULL. There is a good description of it in both CHARAK SANHITA and SUSRUT SANHITA.

Neuritis may be classified according to the number of nerve affected
According to ayurveda main two types of neuritis are well known these are as follow. 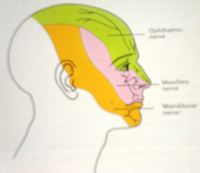 Trigeminal neuralgia is a neuropathic disorder characterized by episodes of intense pain in the face originating from the trigeminal nerve. One, two or all three branches of the nerve may be affected. It is most pain full condition. This pain may be felt in the ear, eye, lips, nose, scalp, forehead, cheek, teeth, jaw and side of the face. The disorder is characterized by episodes of intense facial pain last from a few second to several minutes or hours. The pain may occur paroxysm ally. Individual attacks usually affect one side of the face at a time. 10-12% of cases are bilateral occurring on both sides. It is more common in females than males. In ayurveda SUSHRUT SANHITA has mentioned trigeminal neuralgia as a disease called Anant vata shull.

Sciatica is a neuropathic disorder caused by damage of sciatic nerve. In this disorder the pain is felt in the lower back, buttock and/or various parts of the leg posterior till foot. The pain can fluctuate widely. It may feel like a mild tingling, dull ache or a burning sensation. In some cases the pain is severe enough to make a person unable to move. It often starts slowly. It may get worse

The pain most often occurs on one side. Some times can be bilateral occurring on both sides. TEST:-Pain down the leg can be reproduced by lifting the leg straight up off the examining table. In ayurveda CHARAK SANHITA has mentioned sciatica as a disease called Grudhrashi shull.

OTHER TYPES OF NEURITIS 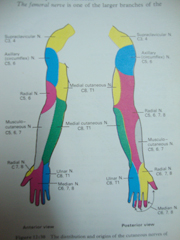 The different types of peripheral neuritis that can occur based on the pattern of nerve involvement and the distribution of pain which include.POLYNEURITIS Inflammation of several nerves at one time is called polyneuritis. It is also called multiple neuritis. TREATMENT: Neuritis is curable at Dr Amina’s Royal Ayurveda.

For Neuritis we have two types of treatment