Paralysis is described in AYURVEDA in VATA-ROGA. 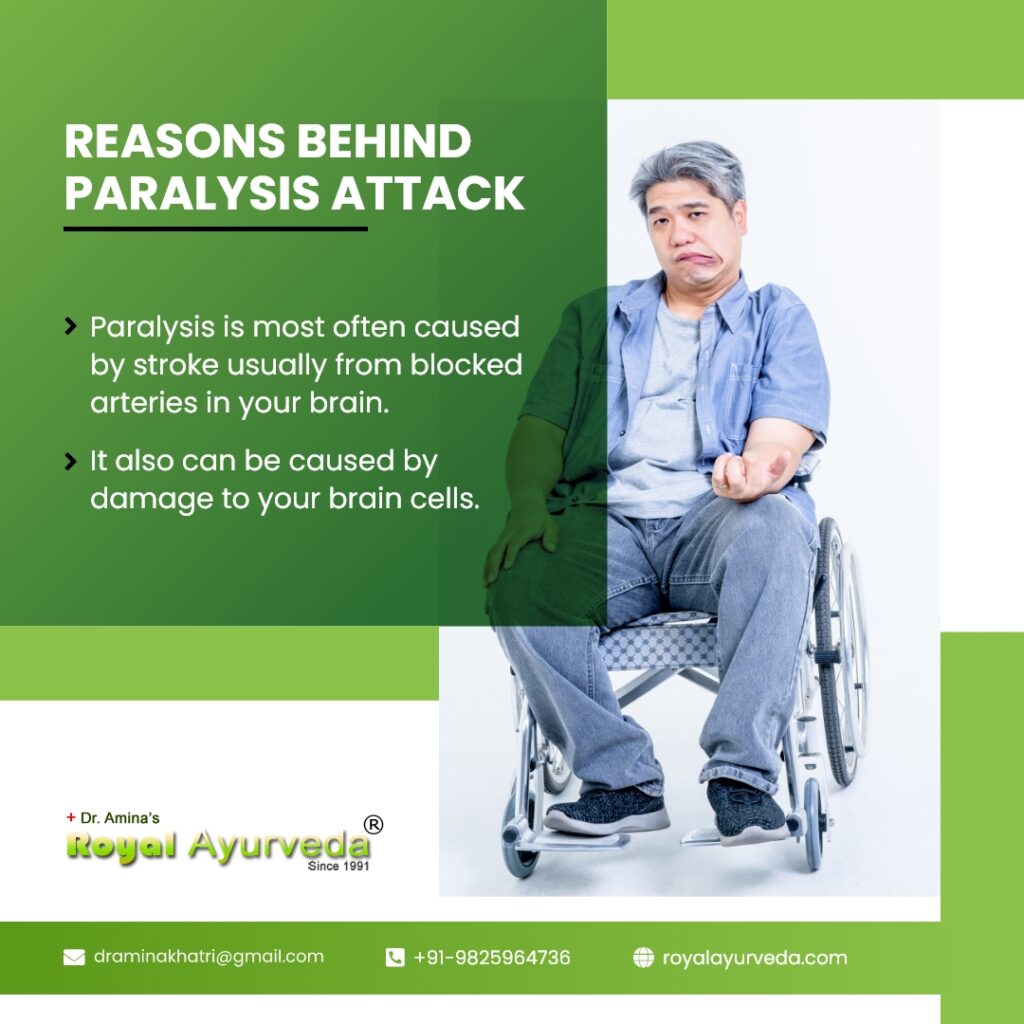 Paralysis is loss of muscle function for one or more muscles. Sometimes it can also be accompanied by loss of feeling in the affected area.

IN AYURVEDA paralysis is due to ‘VATA VIKRUTI’ (imbalance of VATA DOSHA)
Paralysis is caused by damage in nervous system due to stroke, trauma, nerve injury, viral infection in nerve cells, brain tumor etc.

According to CHARAK SANHITA paralysis could be localized (AKANG ROG) or generalized (SARVANG ROG).Here Maharshi Charak described main types of paralysis as follow.

Facial paralysis is abnormalities of one side of face. When facial nucleus is affected by infarct of the  pontine arteries it leads to lacunar infarct affecting fibres in the internal capsule to the nucleus. It leads to the facial paralysis…

Due to stroke blockage of blood vessels in brain occurs. This leads to shortage of oxygen and nutrient materials to brain. This result in the death of neuron this leads to accumulation of watery discharge in dead neuron and surrounding area. This can be seen on CT SCAN dark area compared to normal brain tissue. This is called infarct. It leads to hemiplegia.

Generalized paralysis is full body paralysis. It is neuropsychiatric disorder affecting the brain and central nervous system. The most common cause of it is sudden severe mental tension.

It is seen in rare cases. Patient usually presented with psychotic symptoms of sudden onset.  In this case the patient would become completely incapacitated and bedfast and then after 3 to 5 years it results in death.

We have invented Tablets Snjivani kalp which solve this condition of body.
These tablets dissolve immediately blood clot and increasing blood circulation and finally these impurities of blood are removed through urinary system. So blockage of blood vessels of brain will be opened so paralysis will be cured.

One kit of sanjivani treatment

Dose  4 tablets twice a day or depends upon stage of paralysis.

After completing 40 tablets Sanjivani Kalp patient should contact for next kit of sanjivani treatment.

2 tablets twice a day for next 5 days 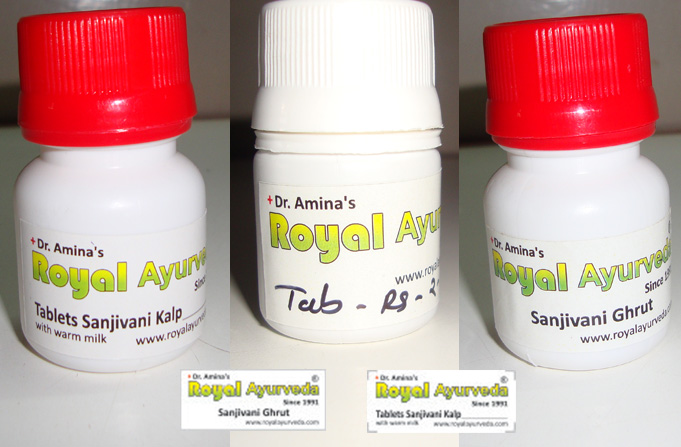 Sanjivani treatment hasn’t any contraindication with allopathy medicine or no any side effect on body but no doubt it will improve blood circulation and nervous system of body.